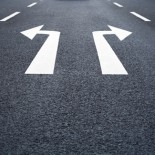 What is your End of the World personality type?

Now, the world didn’t end in my dream.  I woke up too soon for that.  Instead, I entered a world where everyone knew that everything was about to end that night — some massive storm or something.

I’ve already noted on here before how many people seem to be itching for an apocalypse, whether it be displayed in the whole Mayan calendar scare, the Harold Camping nonsense, or something more scientifically oriented like a zombie apocalypse or global warming or nuclear holocaust.  Perhaps we will see a major disaster in our lifetimes… certainly many will face their own personal disasters.  Have you ever wondered how you’d react, if it was something completely unstoppable?  These are the behavioral reactions I observed in my dream, see if you can identify who you’d be, or if my dream missed your personality altogether:

1. The Quiet Ones. There were quite a few people who were just frozen in place, not knowing what to do, sometimes staring at the news and other times just sitting there watching the sky.  Some seemed like they might be deep in thought or prayer.  Some looked like families huddled together, others were alone.  I started my dream in some kind of community building and there were probably more of this type than any other.

2. The Partiers.  There were some who resigned themselves to the fact that there was nothing they could do, so they wanted to make the most of their last day.  I saw people gathered in the streets dressed in odd clothes, clumped together in groups dancing and hollering.

3. The Preachers.  Not surprisingly, there were others who took to travelling between the groups and individuals scattered around, encouraging them to consider their souls and make amends with their Maker.  Also not surprisingly, they found more listening ears than they normally would.

4. The Deniers.  At one point during the dream, I had to make a run to K-Mart (why K-Mart? Who knows) to get a few things, and I was surprised to find the place rather busy — not with panicked people, but people milling about with their shopping carts as if everything was normal, comparing prices on household items and looking at birthday cards.  In the dream I wondered if they actually thought nothing would happen, or if they just enjoyed pretending so.

5. The Overseers. One thing that wasn’t happening in the dream was mass hysteria or chaos.  The community building I started out in had clearly been pre-designated as a place of prolonged protection, and in the streets I saw no crime or panic.  Everyone was clearly being looked after and kept informed.  Thus, though I never met any in person, there were clearly overseers working behind the scenes, even up to the last day.

Personally, I must have been a Denier, because I didn’t feel much impending doom and still ended up doing some shopping at K-Mart.  How about you — what would your personality type be?  Or would you have been some type of person I didn’t encounter in my dream?

13 comments on “What is your End of the World personality type?”

This entry was posted on January 9, 2013 by abtwixt in Philosophy, Uncategorized and tagged Apocalypse, chaos, dreams, End of the World, personality, philosophy, uniqueness.